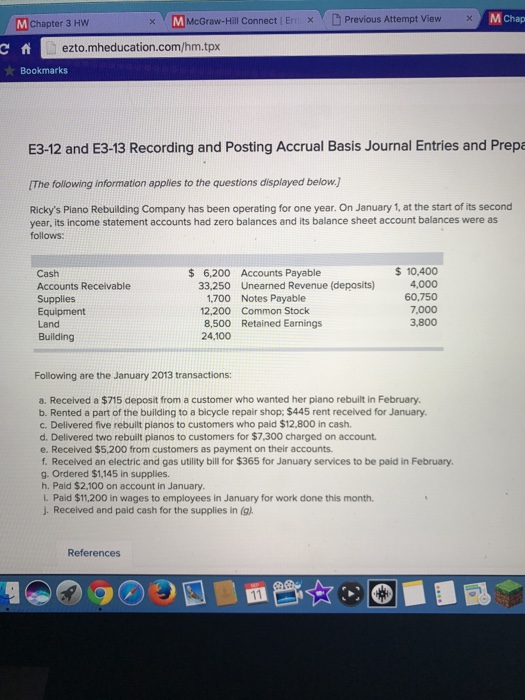 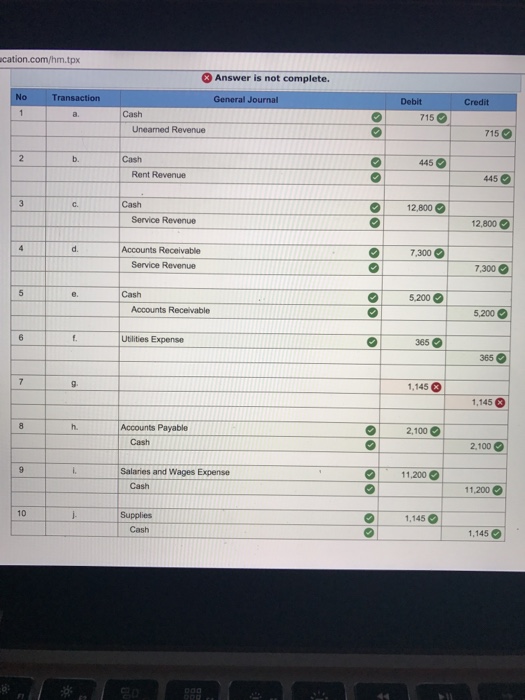 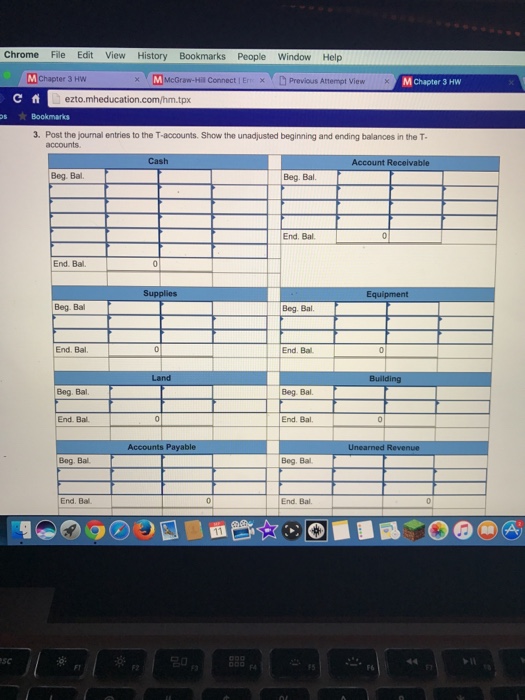 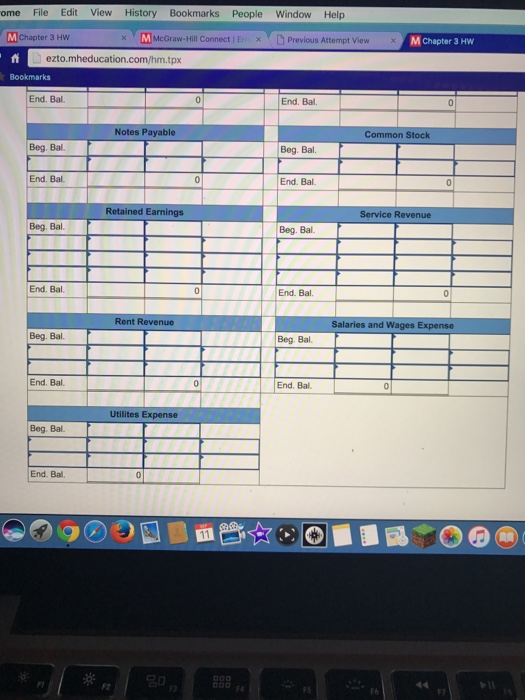 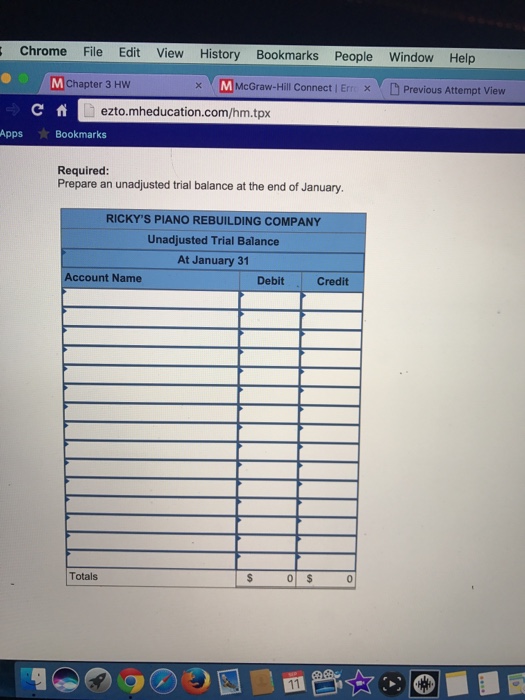 YMcGraw -Hill Connect { Eri ×▼) Previous Attempt View M Chap × M Chapter 3 Hw ezto.mheducation.com/hm.tpx Bookmarks E3-12 and E3-13 Recording and Posting Accrual Basis Journal Entries and Prep The following information applies to the questions displayed below.J Ricky’s Piano Rebuilding Company has been operating for one year. On January 1, at the start of its second year, its income statement accounts had zero balances and its balance sheet account balances were as follows: $ 10,400 4,000 60,750 7,000 3,800 $6,200 Accounts Payable Cash Accounts Receivable Supplies 33,250 Unearned Revenue (deposits) 1.700 Notes Payable 12,200 Common Stock 8,500 Retained Earnings 24,100 Land Building Following are the January 2013 transactions a. Received a $715 deposit from a customer who wanted her piano rebuilt in February. b. Rented a part of the building to a bicycle repair shop: $445 rent received for January. c. Delivered five rebuilt pianos to customers who paid $12,800 in cash. d. Delivered two rebuilt pianos to customers for $7,300 charged on account e. Received $5,200 from customers as payment on their accounts f. Received an electric and gas utility bill for $365 for January services to be paid in February. g. Ordered $1,145 in supplies. h. Paid $2,100 on account in January. L Paid $11,200 in wages to employees in January for work done this month. J. Recelved and paid cash for the supplies in (g). References

There will be no entry for transaction g as supplies have been just ordered, they are neither received nor any cash has been paid.

In entry f , Accounts payable account will be credited by $ 365. 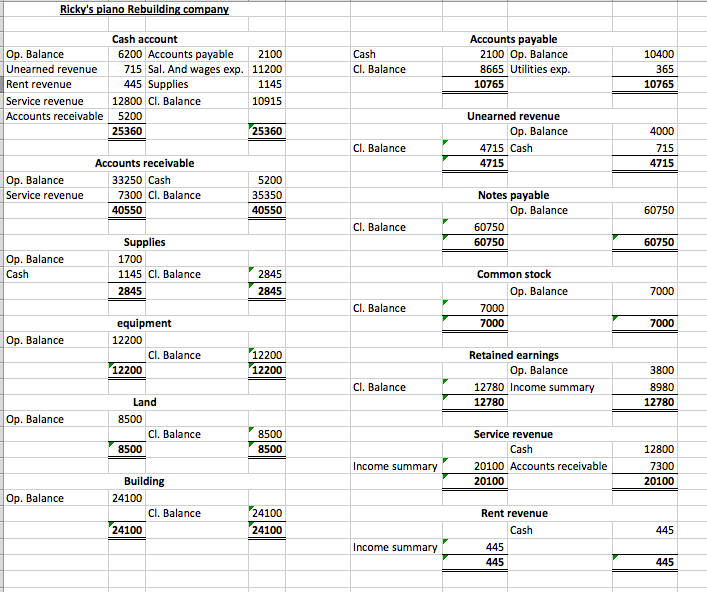 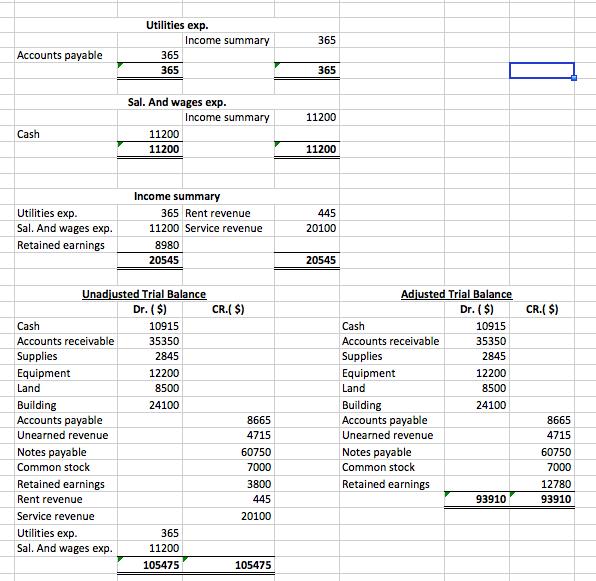