Consolidated Products is a $21 billion company headquartered in Atlanta, Georgia. The company’s five business units, which offer a wide array of products and services, are the result of an aggressive strategy of mergers and acquisitions starting in the late 1980s. Exhibit 1 provides an overview of Consolidated Products and its five primary business units. The corporate staff is surprisingly small, comprised of general management, legal staff, and human resources. Part of the reason for this small staff is due to the eclectic array of businesses housed within one corporate entity. A Business Week editor recently commented that “Consolidated Products could easily be broken up into five separate companies, since at one time it was five separate companies.” The editor also said that if the company “ever learned how to leverage its size in the marketplace, Consolidated Products could be a Wall Street powerhouse!”

Don't use plagiarized sources. Get Your Custom Essay on
(Solved Homework): Using Teams at the Engineered Materials Business Unit Consolidated Products is a $21 billion…
Get an essay WRITTEN FOR YOU, Plagiarism free, and by an EXPERT!
Order Essay

The Engineered Materials business unit, acquired in 1999, is the newest and smallest addition to Consolidated Products portfolio of companies. Part of this business unit’s efforts over the last year have centered on becoming more integrated across the various functional groups that make up the business unit. Unfortunately, this unit was previously part of Andreas Manufacturing, an old-line company with a strict hierarchical culture. Executive managers at Consolidated Products knew this purchase would present some interesting challenges regarding how this unit would fit in with the entrepreneurial culture that Consolidated Products has tried to create. Unfortunately, Engineered Materials is struggling. In fact, internal problems created by the efforts to change the culture helped push 2003 sales down 8 percent as the rest of the industry increased by 5 percent.

Executive management believes that the use of cross-functional teams is a primary way to change the unit’s culture while achieving major performance improvement savings. One of the teams that management expects to deliver major cost savings is the composite materials team. This team, chartered in November 2002, had initial savings targets of 15 percent cost and productivity savings, which translated to $3 million in annual savings. The team, which has been meeting on a regular basis for 12 months, has struggled to develop a purchasing strategy for composite materials. Unfortunately, this team is not working well together or making much progress, which has frustrated executive management and has affected the financial projections for 2004 and 2005. The team has fallen far short of its expectations. While no one has formally identified the exact reason(s) for the less than optimal performance, an internal consultant has interviewed several team members. Examples from comments made by these team members include—

Some of the team’s members are not that committed to the assignment. One even commented that his regular job responsibilities come first. After all, that’s where his manager really holds him accountable. And, he continued, what is really the risk of not supporting the team? The way this member sees it, the real risk comes from putting in too much time on the team and neglecting “the real work.”

Some of the team members maintain they do not really understand the team’s goals. The goals that the team developed are vague, or simply address team behavior. For example, one goal is for the team to “meet once a week.”

While the team has a formally designated leader, he spends too much time talking and not enough time listening. He also gets angry when team members don’t agree with his position on an issue. Several members commented how rude he can be to team members.

One member asked what qualified him to be on a team. He said he was never on a cross functional team in his 20 years with the company. How is he supposed to know what it takes to be part of a “higher performance work unit?” This member further questioned whether the Engineered Materials unit, given its history and culture, is ready for team-based management.

Although the methodology was not rigorous, the internal consultant quickly determined that the use of teams at this business unit was in serious need of help. 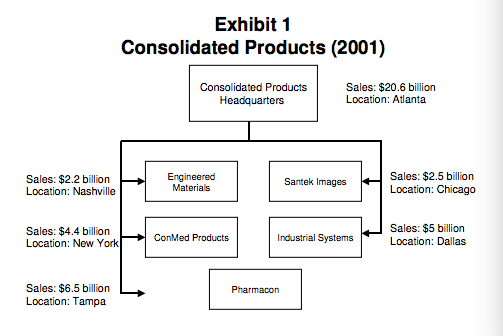 1. a) Gaining team member commitment is critical to team success. Discuss how this unit can use its employee performance evaluation and reward system can encourage members to support cross-functional project teams.

b.) Goal setting is also important to team success. Discuss how organizations and teams should establish goals, and why having team goals is important. c). Identify the types of training that team members at Engineered Materials will likely require before they can effectively support team interaction and activities.

Reward system can be defined which would link variable pay to performance in a cross functional team. Thus it can motivate the employees to perform better in their teams. When their team achieve the earlier defined results or goals in stipulated time, accordingly the variable pay should be released to employees i.e. 100% if all achieved on time, below 100 if they fail and more than 100 if results get achieved before time.

b) The performance evaluation, KRA setting, Result mapping which are all required for team success start only after Goal Setting. Goal setting is the first step for any team, unit or organization to achieve success as it helps to measure if the desired results were met or not and should the final results be defined as a success or failure.

Goals for any organization should be based on what they have achieved last year and how much better they want to do this year. Yearly goals should be defined by drawing comparisons with already achieved statistics. After the organization goals are defined in terms of targets which need to be achieved along with time lines; the same needs to be percolated to the respective units, teams and individuals. The team goals should be directly linked to organization goals. The strict timelines are then defined separately for each team member to ensure all the goals are achieved with desired results.

Team goals can help shape up the individual goals as each team members has to achieve a target which needs to match with the organization or unit’s target. The cross functional team can identify the strengths and weaknesses of each team mate so that they can split goals and assign them accordingly to each team member based on his / her strength. This helps to achieve the team goals on time by utilizing the strength of each and every team member.

c) These are the types of training that team members at Engineered Materials will likely to require before they can effectively support team interaction and activities:

1. Induction Training: The new unit Engineered Materials should first familiarize itself with the work environment of all other units such as the processes followed and how each unit works in collaboration with the other.

2. Team building: Sample problem solving cases can be used to do team activities where any issues within the team can come out and healthy discussion can be done to resolve them for those sample scenarios. This helps to build healthy and honest relations within the cross functional teams which may have clashes due to difference of opinions and views. Some management games also help to monitor how the individual and the team will react in some situations which are likely to occur in future.

3. Job instruction training: After the knowledge of existing units and working along with their defined team, the employees now need to be told the exact expectations from them. They are trained on what all is required from the job and how to be able to accomplish it within time. This is usually done by senior trainer or a person working the job before.