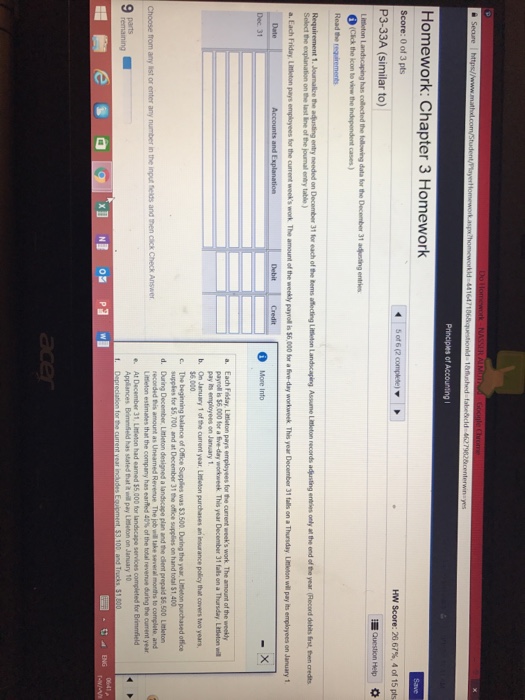 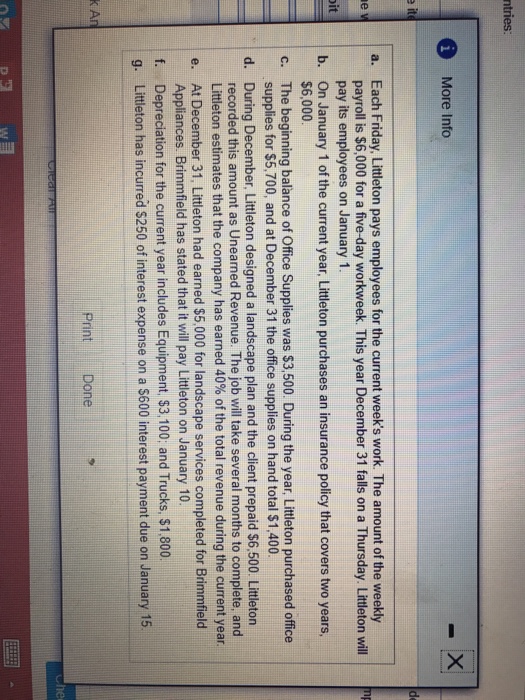 Homework: Chapter 3 Homework Score: 0 of 3 pts P3-33A (similar to score: 26 67% 4 of 15 pts Read the requirements the adusting entry needed on December 31 for each of the tems affecting Litliton Landscaping Assume Litmleton records adarsting entaies only at the end of the year (Record debits first ten credts last lne ofthe journal enty table ) Select the eaglanation on More Into a. Each Fiiday, Litleton pays emplayees for the current weeks work The amount of the weekly payroll is S6000 for a five-day workweek This year December 31 fails on a Thursday. Lteton wil on January 1 pay ts 6.000 supples for $5,700, and at December 31 the office supplies on hand total $1.400 recoeded this amount as Unearned Revenue The job will take several b. On January 1 of the current year, Limleton purchases an insurance policy that covers two years Lit son estimates that the company has earned 40% of the total furing the current year e. At December 31, Littleton had eamed 55 000 for 9 pay Liseton on January 10 Brimmfeld has stated that